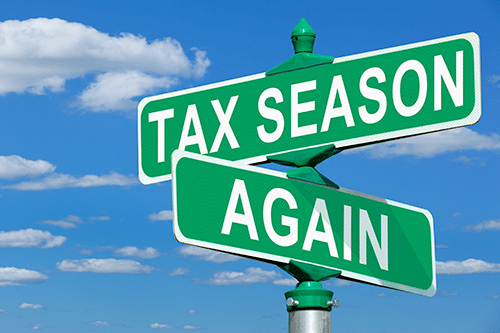 It’s April, which means tax season is upon us again. Are you and your business ready? Tax time can be a stressful one for some small business owners, who often have unique and complicated situations with their income. If you’re struggling to make sense of your tax situation, don’t despair. The answer you’re looking for could be right here.

When are my taxes due?

The answer to this question depends on the way your small business is structured, with one date for sole proprietorships and partnerships, and a different date for corporations. For sole proprietors or partnerships whose fiscal year ends on December 31, your taxes are due on April 30. However, if you’re self-employed (or your spouse is self-employed) you have until June 15 to actually file your return.

If your business is a corporation and has taxes owing, they’re generally due two months after the end of the tax year (your fiscal year end). The exception is for Canadian-controlled private corporations that claim the small business deduction and meet certain requirements – in that case, the corporation has three months to pay.

How much will I need to pay my taxes?

As a general rule, you can expect a tax bill totalling between 30 and 40 percent of your total income. If possible, it can be helpful to put a portion of your income aside as you earn it throughout the year, building a fund to use for any necessary instalment payments or a lump sum payment in April. If you can afford to overpay slightly, you’ll end up with an emergency fund that will help avoid unwanted interest charges on late or missed payments.

Why do I have to pay my tax in instalments?

In all Canadian provinces except Quebec, you’ll have to pay your income tax in quarterly instalments if your amount owing this year is more than $3,000, and has been in one of the previous two years as well. For Quebec taxpayers, the limit is $1,800. Instalments allow the government to generate tax revenue from people whose income doesn’t have any tax withheld. It’s simply a more infrequent version of the tax deductions most people see subtracted from their regular paycheque. If you don’t make your instalment payments on time, or fail to pay the full amount, you may be liable for interest charges and penalties.

Will I have to pay GST/HST?

If your business earns more than $30,000 per year, you’ll have to register to charge and pay GST/HST. Find out what the tax rules are in your province (http://www.canadabusiness.ca/eng/page/2651/) and bill your clients for the correct amount of additional tax, either PST and GST or HST, on any goods and services you sell. At the end of the year, you’ll have to make a separate filing and payment in addition to your income tax filing.

How long do I need to keep my tax records?

Self-employed Canadians are more likely to be audited than other taxpayers, and proper records will be required if you’re ever subjected to an audit. The Canada Revenue Agency requires that receipts and other business records be kept for a minimum of six years from the end of a specific tax year. However, it’s obviously essential to hold on to records for any year where you’ve made a tax objection or appeal, or are undergoing an audit, even if more than six years have elapsed.

Once the six years are up, some people choose to have their records shredded for privacy reasons, to protect their information from the threat of identity theft. If you want to destroy your tax records sooner than six years, you must obtain permission first by filing a Request for Destruction of Books and Records form with a tax services office.

It makes no difference to the CRA whether you run your business entirely online, at a traditional bricks-and-mortar operation, or both. You still have to pay income taxes and register for GST/HST and any relevant provincial taxes. The manner in which you file is determined whether you’re a sole proprietorship or a corporation. If you run an internet business entirely out of your home, you’re eligible for deductions on as portion of your costs for home insurance, property taxes, mortgage interest and utilities such as power, heat, telephone and internet.

I earn income from outside Canada. How do I report it?

If you work in Canada but earn income in a foreign currency, such as US dollars, those earnings are converted into Canadian dollars using an average exchange rate for the tax year in question. As such, it’s worth being aware of exchange rates in any relevant currencies, because they’ll end up affecting the amount of tax you owe. For example, a decline in the value of the Canadian dollar relative to the American dollar makes your US earnings more valuable and boosts your tax bill.

The situation is a little more complicated if you actually perform work outside Canada. If that’s the case, you may have to pay income tax in that country. Canada and the United States have a tax treaty, meaning you’ll receive credit for income tax paid in the other country, rather than being taxed twice on the same income. In such a situation, remember that it’s still necessary to file a return in both countries.

How to Plan for Fall Marketing Events

How Small Businesses Can Prepare For a Recession