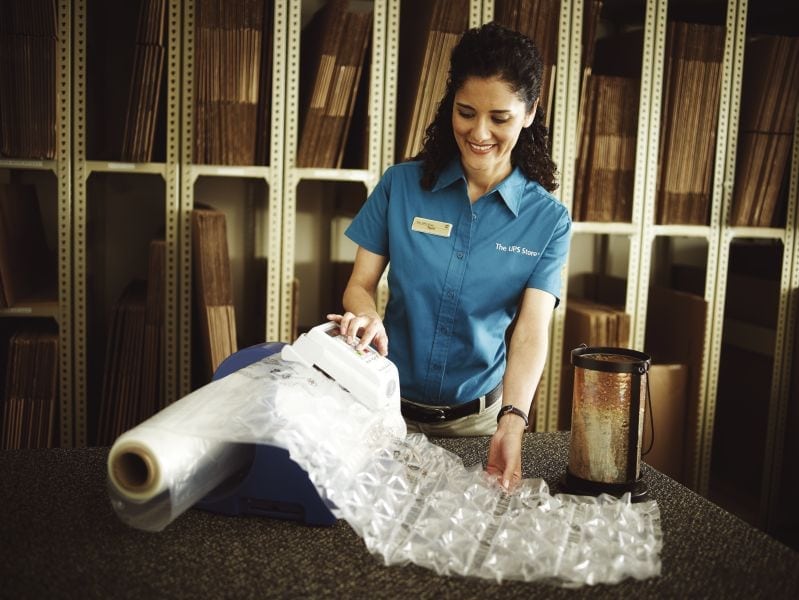 If you’re still struggling to shake off the melancholy of the January blahs, here’s something that should help burst your bad news bubble: the last Monday marks Bubble Wrap Appreciation Day.

Bubble Wrap Appreciation Day is a chance to praise the pervasive packing material that’s great at protecting our valuables…and so much fun to pop.

Originally known as Air Cap, Bubble Wrap® was invented in 1957, the creation of American engineer Alfred Fielding and his Swiss colleague Marc Chavannes. The pair initially joined two plastic shower curtains together, left some air bubbles inside, and tried to market it as textured wallpaper. When that didn’t catch on, the two inventors tried another tack: pitching it as insulation for greenhouses. Unfortunately, the new direction did little to grow sales.

Things changed in 1960, when Chavannes had an epiphany while riding on a plane. As his bumpy flight was coming in to land at Newark Airport, Chavannes looked out the window and had the sensation that the clouds were cushioning the descent. Suddenly, the idea came to him to try and sell their product as protecting wrapping for shipping.

Things really began to take off that same year when IBM was looking for something to protect shipments of its new 1401 Data Processing System, one of the world’s first mass-produced computers. With that, Bubble Wrap found its first big customer, and sales began to inflate in a hurry. More than half a century later, parent company Sealed Air now brings in more than $4 billion US in annual revenue, manufacturing its protective packaging in 52 different countries. Put together, the number of bubble wrap sheets produced each year would stretch around the equator 10 times, or all the way to the moon and back.

Bubble Wrap has become a true cultural phenomenon, boasting more than 250 Facebook fan pages and being featured in movies such as ‘Ace Ventura, Pet Detective’ and ‘Wall-E.’ In 1997, actress Farrah Fawcett posed for the cover of Playboy magazine provocatively covered only by Bubble Wrap. And in 2009, New York’s Museum of Modern Art hung a sheet of Bubble Wrap on its walls as part of an exhibition honouring ‘Everyday Marvels.’

Besides being famous for its superior cushioning qualities, people of all ages love Bubble Wrap because so many of them yearn to burst it, deflating each air pocket to create a satisfying ‘pop.’ Studies have shown that bursting air pockets can reduce stress and fatigue, and that one minute of popping the tiny bubbles provides the same relief as more than 30 minutes of massage.

Still if you’d rather not destroy it, there are many ways to use Bubble Wrap that go beyond protecting fragile items. Here’s a look at some of the creative ways people have put it to other uses.

There are also several games that give you the virtual sensation of bursting bubbles:

What’s an Alternative Delivery Location and How Does It Benefit Businesses and Customers?

Tips to Properly Label Your Shipments